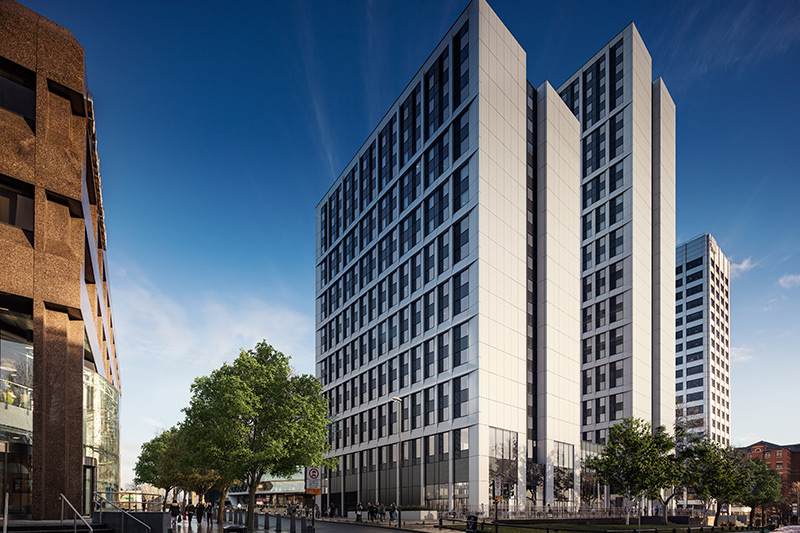 What’s happening in Leeds to make it the fastest growing city in the UK?

In recent years, it has become apparent that Leeds is now the fastest growing city in the UK. The city has around 3 million residents, and an economy estimated to be worth more than £64.6 billion, which is set to increase by 21% in the next decade alone. So what is it that’s contributing to this sudden and impressive growth in Leeds?

Employment and business in Leeds

The largest employment sectors in Leeds are business and financial services, which account for almost 40% of the city’s total. It also has large sectors in retail, construction, manufacturing, retail and digital services, all of which are contributing to the growth of the city’s economy. Leeds is recognised as UK’s third top location for the fastest growing firms, following London and Cambridge, with impressive statistics for businesses that have achieved three consecutive years of 20% growth or more.

Investment and development contribute for regeneration

One of the biggest contributors to the growth of the economy in Leeds in recent years is the huge investment it has received, including over £3.9 million of investments just in large-scale projects within the last 10 years. Further investment is also in the pipeline, following £1.4 million alone in 2018 and the refurbishment of many well-known venues in the city in 2019, such as the Leeds Playhouse, and a £4.9 million redevelopment program for the Thackray Medical Museum which is now underway.

What makes Leeds a great target for redevelopment?

Leeds is a prime city for investing in new developments and redevelopment of established buildings alike, due to its skilled population, but also because of its location. For example, it takes just a little over 2 hours by rail from London (Kings Cross) station, and is easy to get to from the M62 and via the M1 from London.  Leeds Bradford is also the UK’s fastest growing regional airport, welcoming more than 4 million passengers annually, with a 7 million target by 2020.

From this month, major works are due to start on The Headrow, which will help to manage traffic more successfully, and reduce congestion and improve road-use for car owners, pedestrians, cyclists and users of public transport. £20.7 million is due to be invested in the Leeds infrastructure including Vicar Lane, The Headrow, Park Row and beyond, which will both improve bus reliability and make the city a greater experience for pedestrians, as part of the Connecting Leeds initiative, which will eventually see £270 million invested into improving transportation in the city centre.

To stay up-to-date with the latest construction news, read the RG Group blog.

RG Group uses cookies to give you the best possible experience on our website. By continuing to browse this site, you consent for cookies to be used as described in our Privacy Policy.OkRead more